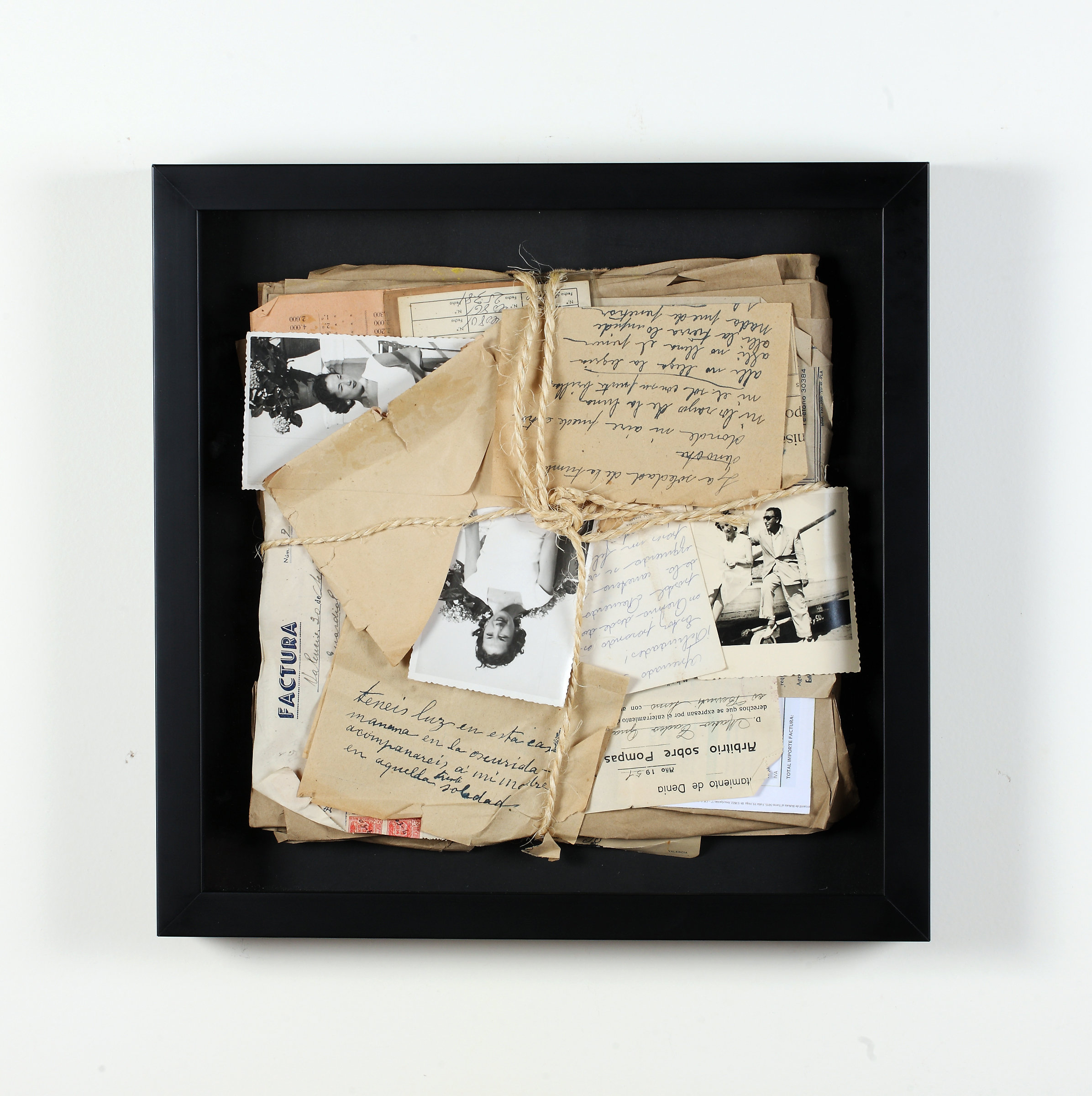 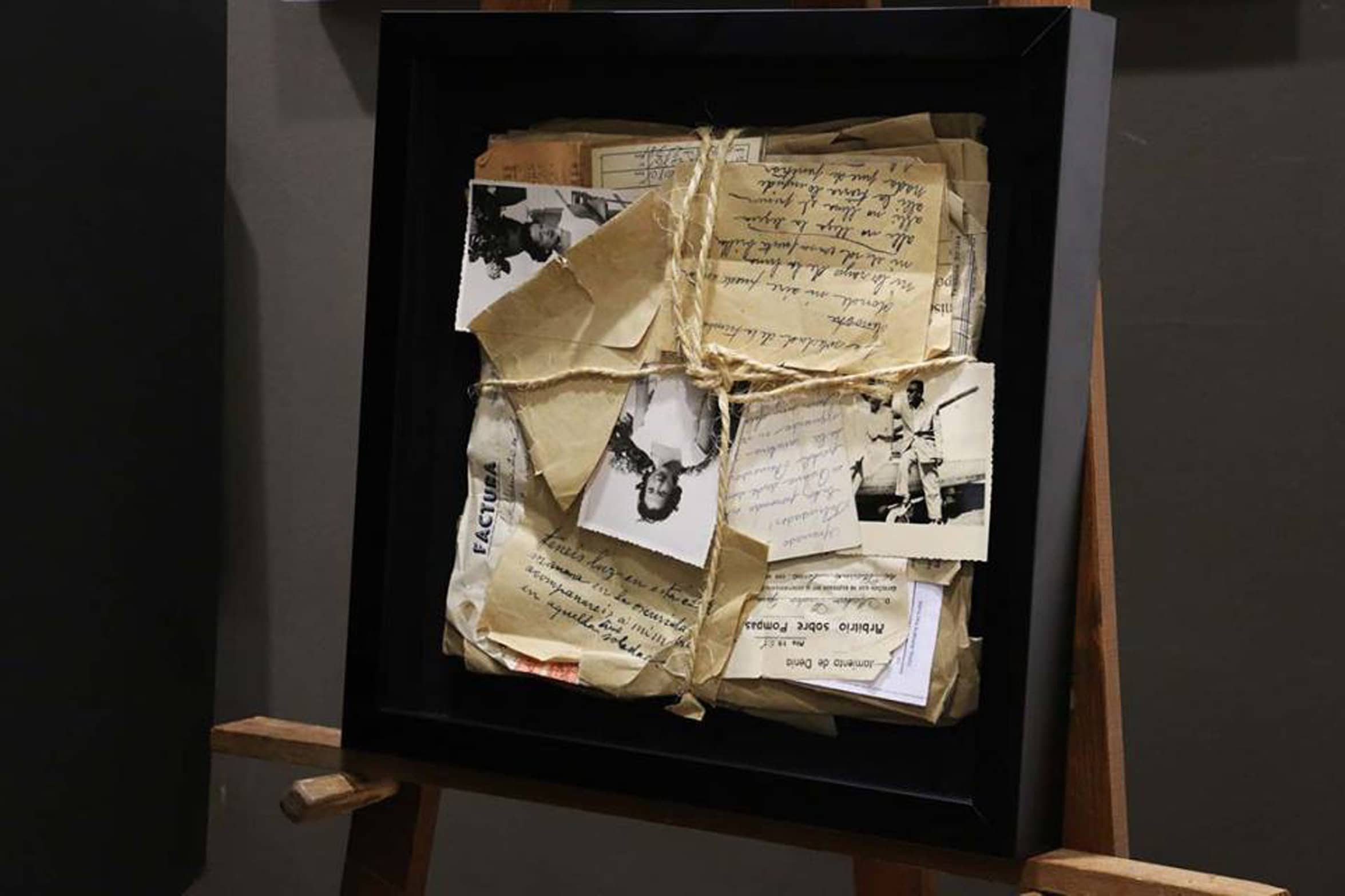 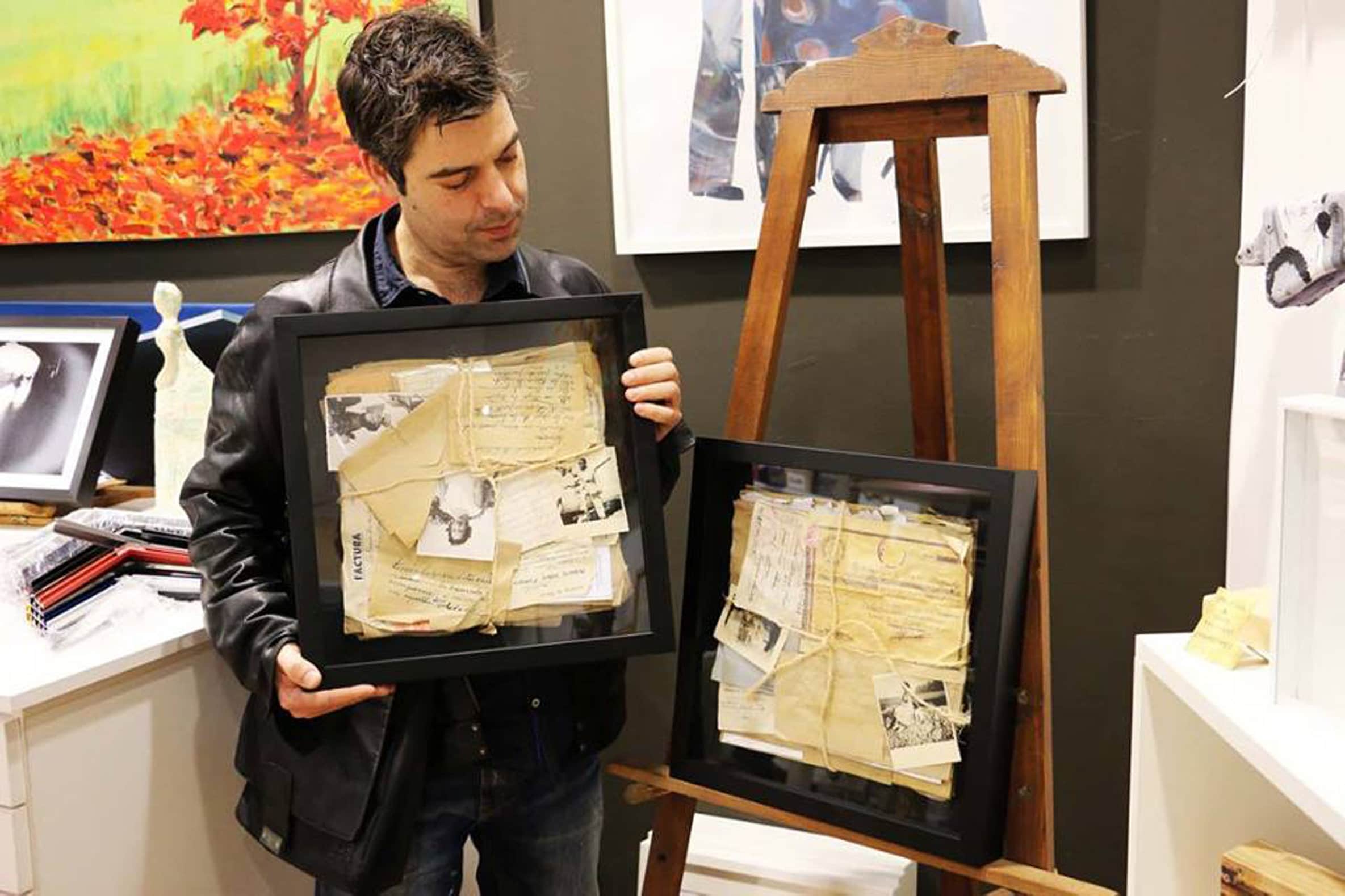 Based on real facts. All the papers and photos belonged to Mateo Tadeo, a character in the story.

Years 1940 to 1997. Years go by ... Carolina and Mateo do not lose contact, they continue to write assiduously without forgetting the congratulations and postcards of the dates indicated. Throughout this story and after having left Barcelona, ​​Carolina and Mateo will have seen each other two or three times. In a letter, Carolina lets Mateo know that she is concerned about his health, that he is a somewhat careless man with household chores and that living alone, surely he will not eat as he should and that in the long run that can bring problems. He also tells him that he does not like that he goes to the racetrack, as Mateo has already told him that he likes to visit. Carolina makes a recommendation to her friend; look for a woman to marry, who will take care of you and form a family. Before this recommendation, Mateo writes to Carolina: If there has to be a woman in my life, it will be you. And if you don't marry someone first, I won't look for another woman. And with this promise, life goes by and as the age of our protagonists advances, they make another promise; If either of you is in a state of health that could harm your life, you will write to the other advising him of this situation. At Christmas 1997 Carolina sent him the congratulatory postcard, as she does every year, but never received a reply.


In 2000 I moved to number 7 Cádiz 36 street. Located in a neighborhood at that time troubled, the owners are elderly and the vast majority do not live in the houses. With a large part of these for sale, new tenants begin to arrive. In 2002 the first community meeting was held with all the new owners. While we wait in the bar of one of the ground floors of the farm "El Stiletto" the arrival of the rest of the neighbors to the meeting, I know the owner of door 10. He is a young boy, he tells me that he has received the house as payment for their services in a law firm. The house had been closed since 1997, when the person who lived in it "Mateo" died and since then it has not been reopened. He tells me that he has not seen the house and that today is the first day he will open the door. He doesn't feel like going up to see the house alone, so the explorer inside me comes out and I accompany him. Upon entering, the first sensation is that of dirt ... Wallpapered walls, a classic paper, dirty and moldy in some areas. The entire house has the yellowish tinge of dirt from years of lack of cleaning and painting, giving away once-white ceilings. The electricity cables are braided and suspended with supports outside the walls, which tells me that the whole house is of origin, as it should have been built at the time. It hangs from them like fluff of grease, dirt, and cobwebs. We open the first two windows, one faces the corridor and the other is in the first room. The first room is empty. In the second, an interior room, there are only a few boxes, two trunks and a violin without strings. The corridor leads us to an interior living room that leads to a room, to a hole where the kitchen is located "a stove with a small gas cylinder" with a window that overlooks the patio of lights on the block. A door leading to a small rear balcony that has an outside door leading to the bathroom. In the room that faces the living room, an old wooden bed, with the covers thrown to one side, as when one wakes up and moves them away to get out of it. Next to it is a wooden coquette, with a marble base and a mirror. On the other side a small closet with clothes. The new owner tells me that he will throw everything away and that he will reform the house to sell it. He tells me that if I want some of what I see that I can take it with me. So with their help, we brought the coquette, the mirror and the two trunks with the violin down to my house. When we open one of the trunks we see that it is full of boxes containing letters and postcards, and some folders with documentation. He looks at him and tells me that he will throw it all away. So I tell him I love them too. Something that caught my attention was that trunk, opening it and seeing inside that dirty and chaotic house, with obvious neglect, a trunk occupied by perfectly arranged boxes to take advantage of its space next to another trunk that contained some stones. And sure enough ... There was the treasure of a person, a series of boxes in which they were separated and arranged by postal dates, letters and photos. A box for letters and postcards from Carolina's trips, another for Christmas cards, another for congratulations on her saint, others for her birthday, another for photos and another for Ana Berruti's documentation. By calmly reviewing the content and reading the letters, I was amazed at what I had on my hands, seventy years of history and an impossible love relationship.

Investigating a little, I spoke with the neighbors who had been on the farm the longest and I found the telephone number of a former tenant, he told me that he found Mateo on the floor of the stairwell, they took him to the hospital, Mateo had already had a pacemaker and was in poor health. Three days after his admission, he died in the hospital.

And here comes the idea ... What to do with Carolina's letters? So with the address of the return address of the letters, I call information and with the name, surname, I ask if there is a phone number available. The answer is; Yes! And with the phone in hand, only the call remained. Nerves and adrenaline start to take effect ... Is Carolina alive? Who to ask for? How to explain this to a family member? ... First tone ... second tone ... third tone ... fourth tone ...

- Good morning, tell me.
Says a soft female voice.
- Hello. Are they the relatives of Carolina Prat?
A moment of silence.
-I am Carolina Prat.
At that moment, everything inside you twists, your hairs stand on end, it's a mixture of joy and fear ... How can I explain that I have all his letters, postcards and photos? So I gather myself with serenity and begin to explain everything that happened and how I got all his letters. Carolina is silent ... and asks a question.
- Was there a letter for me?
I tell him that I don't know, that I didn't see anything in the house, I explain that Mateo left the house and on the landing he had a heart attack, that it was something fortuitous and that they took him to the hospital. I tell him that I will talk to the neighbor who was with him and ask him.
Carolina tells me that I told her, that she had to take care of herself, that her health was poor ... And then I asked her ...
-What do we do with the letters?
She answers bluntly. -Burn them.
I was speechless for a moment ...
My answer was clear.
- I'm not going to burn them, they're yours. I'll give them to you and if you want to burn them.
So in due course and taking advantage of a trip we specified a visit. We meet at the Café Zurich in Barcelona. And sitting there, I saw Carolina come in. An older woman, slim, tall, well-groomed and elegant. We talked about many things, he had a very lucid and agile mind, we talked about his travels, anecdotes and data from his letters, his family and his life. Again, he asked for a letter for her that he expected from Mateo. He explained that they had reached an agreement, if one of them feared for his life, he would write the other the last letter. A kind of goodbye letter. He also commented that when he did not receive a response to his Christmas card, he imagined the worst. Speaking about them, I indicated that it was evident that Mateo loved her and that on his part he was always willing to be with her. Carolina told me that it was complicated, that they lived in different worlds and that it couldn't be. I also asked him if he had the letters that Mateo wrote to him. But here his answer was hesitant and elusive ... a no, some ... I don't know.
Anyway, we had a nice conversation, we shared impressions and memories. I kept some photos, papers, and letters and handed him the rest. I told him that he should write this story. We said goodbye and went our ways ... I called her once more, to congratulate her on Christmas and wish her a good holiday. He was glad ... END.